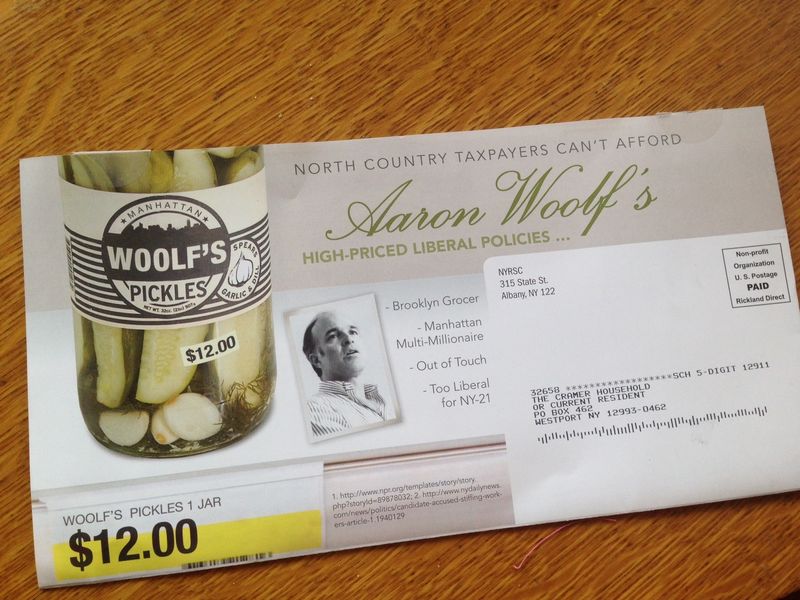 Their point of attack is Woolf's association with organic food through his ownership of a grocery store in Brooklyn. It looks like a nice place, the kind of place that our local farmers have been selling their producrs through as the North Country's farming economy makes a comeback. 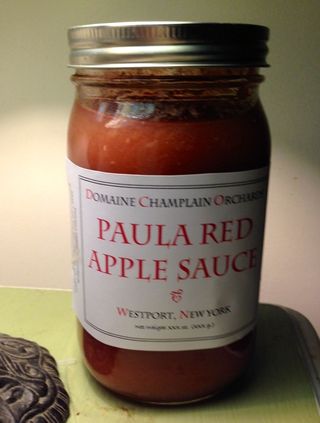 The authors of the mailer seem unaware of the resurgence of small farms in the North Country, many of which are organic or feature naturally grown food. I myself grew (uncertified) organic apples last season and through the Grange Co-packers in Whallonsburg put up apple sauce for commercial sale. The packaging was somewhat like the GOP's imagining of what "Woolf's Pickles" might look like.

His other main sin, in addition to peddling organic food, is that he is, gasp, a filmmaker. Perhaps the GOP doesn't know this, but we have filmmakers here too. Much of Kathy Leichter's Here Today was filmed in Wadhams. There are a number of other small films being produced locally. I just spent the morning finishing a screenplay.

Last fall's I Love NY commerical featuring an orchard was even filmed here. At my orchard. 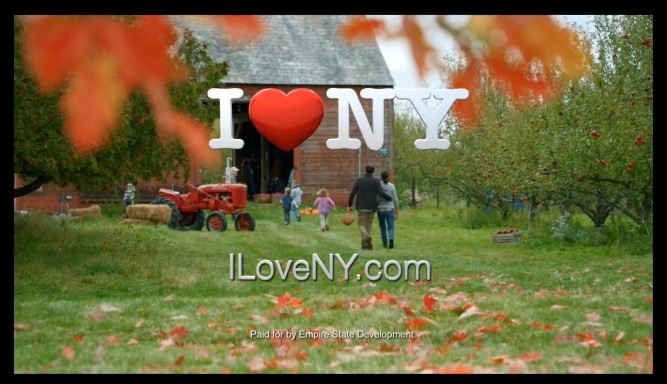 That's my barn. And those are my apples on the trees. (We had already harvested in that area, so the film company had people in the previous day wiring the apples back on the trees.)

Here in the North Country, not only do we care how our food is grown and value small scale agriculture and organic food, but we also have a thriving arts culture. Perhaps some of you might come for a visit before you write your next attack ad.

And you know what the North Country really can't afford? Last winter's heating bills, and the House GOP's plan to roll back the clock on health coverage.