Give Peace a Chance: My Return to Blogging

I have decided to come back to blogging. I am returning at a point of happiness and strength with a new book out which is successful in ways I had never imagined an anthology could be. I have been having an amazing time these past few weeks.

I find that I have made my decision to resume just at the moment when Kathy Sierra's blog post Why the Trolls Will Always Win, commemorating ten years of over-the-top harassment, is published in Wired.

In 2005, she defined something called the Koolaid point:

I wrote a light-hearted article about “haters” (the quotes matter) and something I called The Koolaid Point. It wasn’t about harassment, abuse, or threats against people but about the kind of brand “trolls” you find in, say, Apple discussion forums. My wildly non-scientific theory was this: the most vocal trolling and “hate” for a brand kicks in HARD once a critical mass of brand fans/users are thought to have “drunk the Koolaid”. In other words, the hate wasn’t so much about the product/brand but that other people were falling for it.

Fast forward to the plight of a hater's target in 2014. Sierra explains her thesis, that on today's internet,

If you’ve already hit the Koolaid Point, you usually have just three choices:

3. fight back (If you’ve already hit the Koolaid Point, see option #2. They Win). 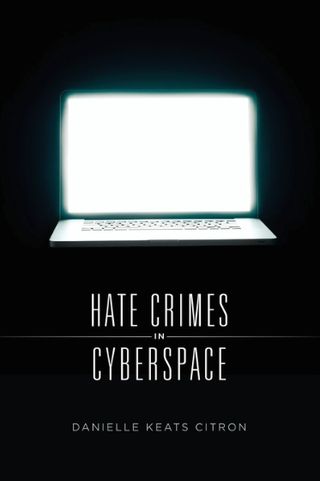 Last night I read Sierra's analysis plus a couple of chapters of Danielle Keats Citron's book Hate Crimes in Cyberspace. Both are quite excellent. The weak point of both, and of the current discussions of Gamergate, is that the issue of harassment is framed as something men do to women, as something the more powerful do to the less powerful. It would perhaps be comforting to be able to easily identify harassers as white males of a certain age. But the reality, is more complicated. Wherever you are harassers aren't just out there. They are in "here," too. They seem to be all over the place.

There are also a lot of purges: fifty flavors of feminism, and some of us are the wrong one. There is no degree of political or personal similarity that will prevent you from being purged or shot at. This is particularly bad between women. I find online aggression from women to be much harder to take because they know how to get to me.

I've been running a lot of scenarios in my head. My sitting by silently for a few years didn't do anybody much good. It merely allowed the online anger machine to eat many more talented people whose work I admire. There is no Safe Word for this stuff. Any sign that someone is really really hurting you is so much blood in the water.

I would like to write a post about the Kathy Sierra thing and Gamergate that addresses the sf field in a statesperson-like way, declaring that we are better than that, and that the ultimate if-this-goes-on scenario in written science fiction doesn't have to look like Kathy Sierra's.

But I know what the SF field's equivalents of 4chan are, and I took a few minutes to look there before I began to write, and the fact of the matter is that "we" are NOT better yet. If anything we are worse because relational violence has been normalized.

It seems to me that part of what is driving this (other than forces larger than SF) is the changes in publishing where there are fewer and fewer publishing slots that pay real advances at the same time as there are more and more books published.

If you count SF, fantasy, & horror, there were at least 378 books published in the month of September. Something I read recently said author's annual income dropped radically in something like 5 years. (Does someone know that reference? I can't find it just now.) It can seem like a shrinking zero-sum-game scarcity economy even if it's not. No wonder people are so awful to each other.

So what is to be done? We need to engage with each other as though the outcome really matters; not who "wins," but rather how favorable is the outcome. We need to lose the language of hate that dehumanizes the target. That may, for starters, involve losing the verb to troll. And yes, I used it earlier today. 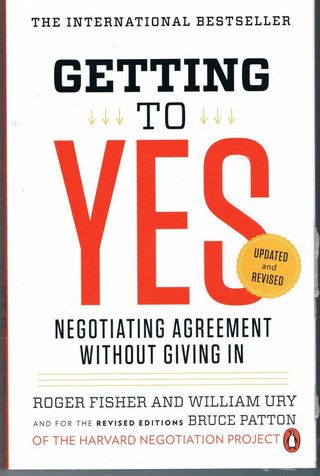 Communicate as though the outcome matters; enter into principled discussion. The following concepts, which are from the book Getting to Yes are summarized here:

The solution to this dilemma is to avoid the hard and soft positioning altogether by using a third alternative called Principled Negotiation. This method, which is described in detail in the book, is based on four principles:

I am familiar with this book and its principles because I am going through what's called a collaborative divorce. My silencing didn't just cost me time, money, and energy. It also cost me my marriage. If this methodology can work for divorce, it can certainly improve our Internet.

Having said that, I rejoin the blogging community. Welcome back to my world. I am at a happy point in my life and have much to share with you.

PS: I just realized after re-reading that the arguement I’ve made here is in essence the same argument as my friend J. W. Wiley makes in his book The Nigger in You: Challenging Dysfunctional Language, Engaging Leadership Moments.