An unexpected day in Boston

The trip to California was exciting and its hard to know where to start. We launched Hieroglyph on September 10th in Silicon Valley to a very enthusiastic reception. We did authors@google at lunchtime and then had a sold out panel discussion at Kepler's in Menlo Park. Our event in LA was also sold out.

Here I am in the cab on the way to LAX early yesterday morning. (Though not early enough!) 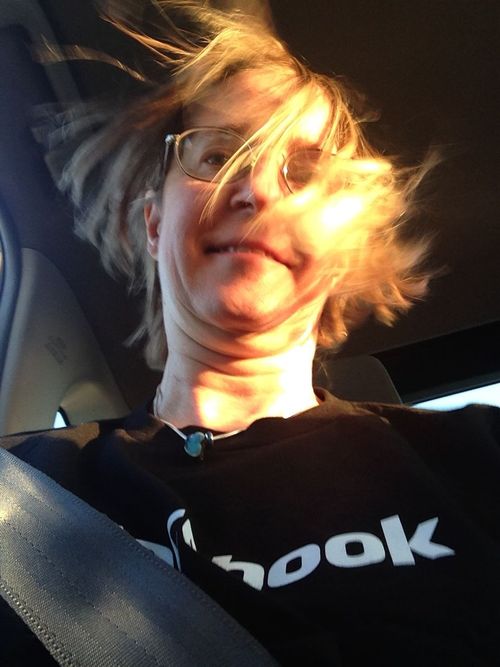 I had an unexpected overnight in Boston because I missed my connecting flight. So I did the obvious thing: I went to bookstores.

At the Brookline Booksmith, not only did they have Hieroglyph on the regular shelves in the SF section, the also had a pile of them towards the front with some very interesting books. 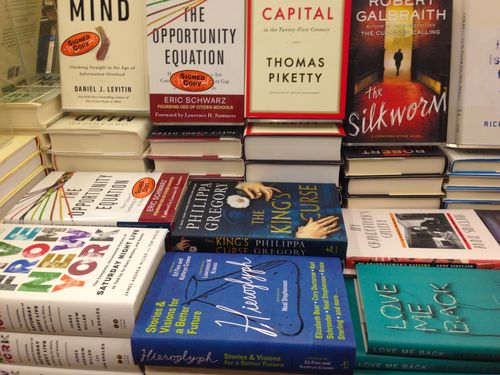 Then we went to the Harvard Bookstore where they were displayed by the cash register. I signed a pile of them. I also stopped in at the Harvard Coop, where they had some. 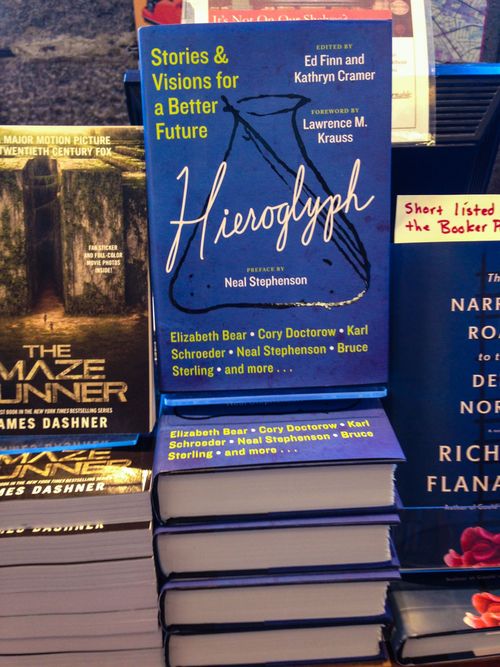 (You can tell this was fun!) Special thanks to mystery writer Sarah Smith for putting me up last night, and to Mark Berstein, Eastgate Systems Chief Scientist, for driving me around to book stores and feeding me brunch, and then delivering me to the airport, and also to Ted Cornell for getting my kids off to school this morning and picking me up at the Plattsburgh Airport.

There are many more people I need to thank. That list will be long.

Why Hieroglyph Is a Verb

My Hieroglyph Tour Blog is at Goodreads

I have been blogging about my book tour, what I have been referring to as the Hieroglyph Roadshow, on my Goodreads Author page. One of the fun things about this tour so far is fan-created Hieroglyph things. This photo collage from our authors@Google event was created by D. Simerly. 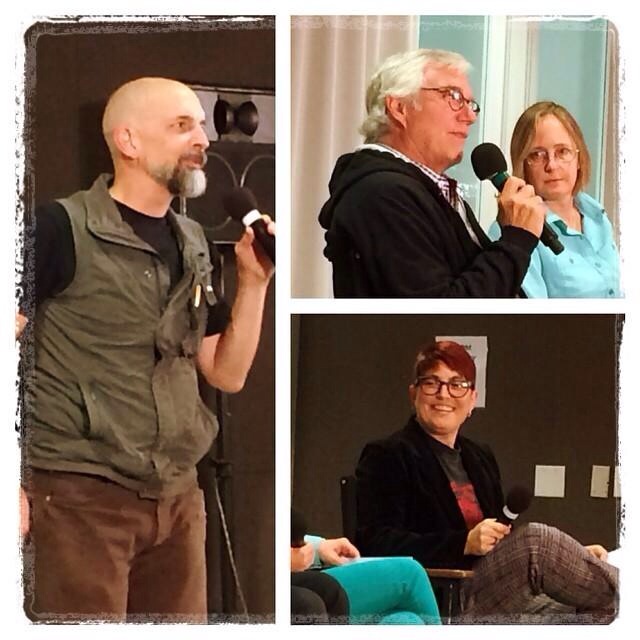 And we've also now got a Hieroglyph cat meme, created by someone who went to the Kepler's event.