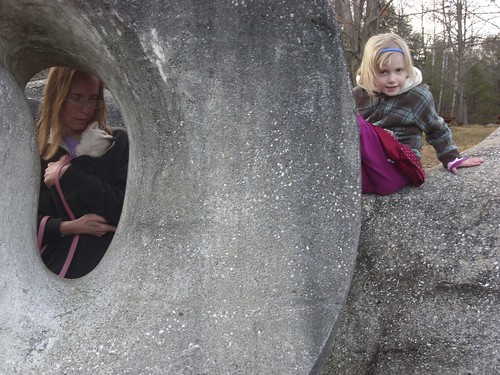 While YBF9 is still available as a print-on demand edition, and you can buy your very own print copy at the Tor.com Print Book Store, starting today, and once a week for the following eight weeks, we’ll be posting segments of the anthology on Tor.com as a PDF, for your reading pleasure.

Each of these segments will feature three or four stories from the anthology, and will be available to all registered users of Tor.com. It’s a great way to sample some of the content in the book before deciding to part with your hard-earned cash, or of simply getting a shorter dose of wonder and the fantastical.

“Dalthree” by Jeffrey Ford
“The Salting and Canning of Benevolence D.” by Al Michaud
“Reader’s Guide” by Lisa Goldstein

Also, something I should have mentioned a while back: Nigel Beale has posted the podcast of his interview with David Hartwell and me. 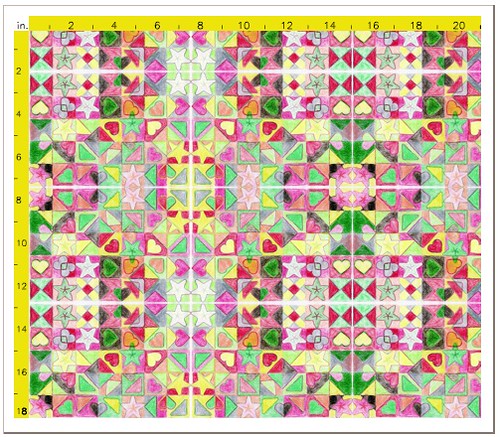 For a while, I have been wanting to produce fabric art that makes use of my photos, my artwork, and my kids' art. The other day, I happened across a site called Spoonflower that prints custom images on fabric. As a test, I have ordered a yard of the fabric above, created using a drawing of mine from 2001. I've also ordered a map that Peter drew as fabric. We'll see if it truly suits my purposes, but I am hopeful.

I have some very specific projects in mind if it does. The test fabric design comes from this drawing of mine: 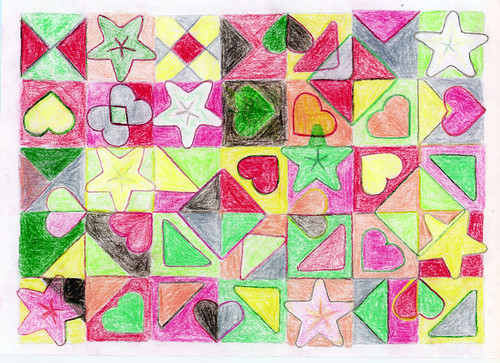 My original intent had been to reproduce it as endpaper in a small press book.

I'm counting the days until my test yardage arrives. 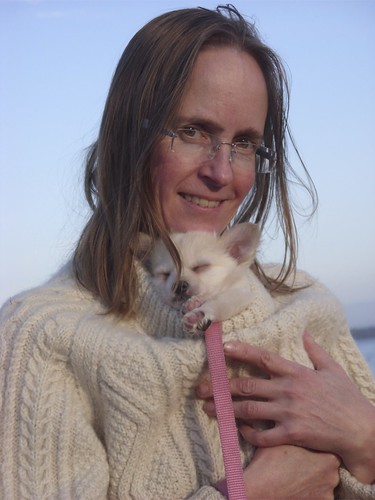 Mourning for the Web I Lost

I wrote this meditation on Web 2.0 on Facebook this morning, but after posting it there, decided it deserved a broader audience. This morning there was a BBC article entitled,"Network sites 'need help buttons'." It begins,

Major social networking websites have been criticised for not introducing a help button for children to report concerns about grooming and bullying.

One of the things on my to-do list is to return a NY State Trooper's call regarding an Internet harassment complaint I filed with Essex County, NY a couple of months ago. Existing mechanisms take a long time to work. So the problem of Internet harassment has been on my mind this morning.

Here is what I wrote about the BBC article.

It's not just kids that could benefit from a "Help" button on Web 2.0 sites. Pretty much every age group can. Social network sites like, say, LiveJournal are the killer ap for a wide range of cyberbullying tactics.

Any system that allows for anonymity + closed group/mob formation should have a Help! button of the type suggested, and not one just for kids. This is one reason I tolerate the kids being on Club Penguin: There are easy-to-use mechanisms by which the kids can put a quick stop to harassment before it becomes anything damaging. Another Web 2.0 site that has fairly sophisticated mechanisms for such things is Wikipedia. The problem with Wikipedia's implementation is that because of its anarcho-collectivist social structure, sometimes the enforcers are the perceived aggressors. And also, it takes a while to learn the ropes, so while I know what to do about the jerk in Florida who vandalizes my Wikipedia talk page every morning, a new user wouldn't. On balance, so far, I regard Web 2.0 as a social disaster that destroyed much of what I thought was good about the Internet because of the harassment/bullying problems. Almost by accident, I did some amazingly effective Good Works using the internet circa 2005. What I/we did then would not be possible in 2009 because Web 2.0 nastiness is too corrosive of the public trust. I have been for a while in a state of mourning for the Web I lost. Partly, I was simply too naive to understand the risks I was taking and too pleased with myself when those risks paid off.

But nonetheless I think the web now is a very different place, and that Web 2.0 has catalyzed the Internet's general tendency to regress adults to the emotional level of 7th graders.

If I turned the computer off and went away for a year, would things be better when I came back? No, I think not. 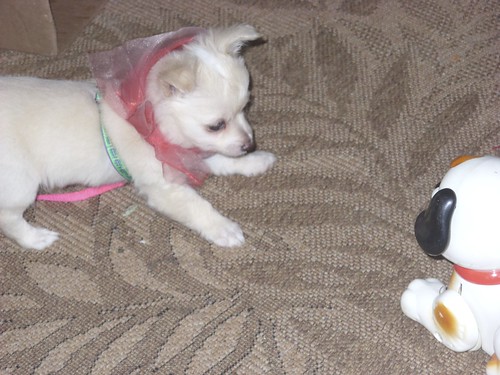 Her name is Sunshine. She was born September 16, 2009. We got her yesterday from the North Country SPCA. 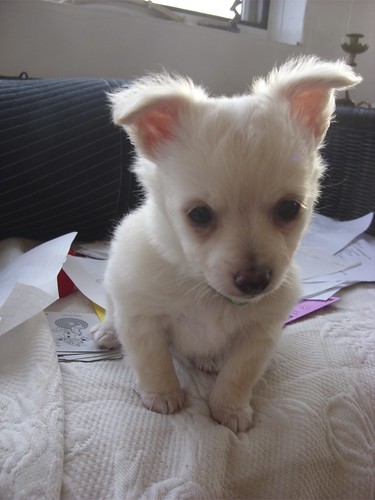 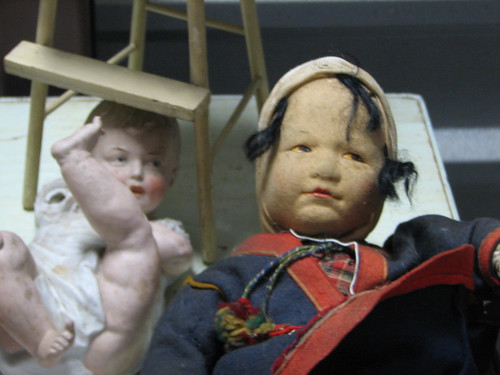 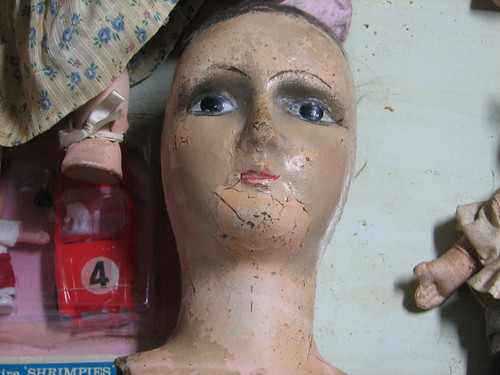 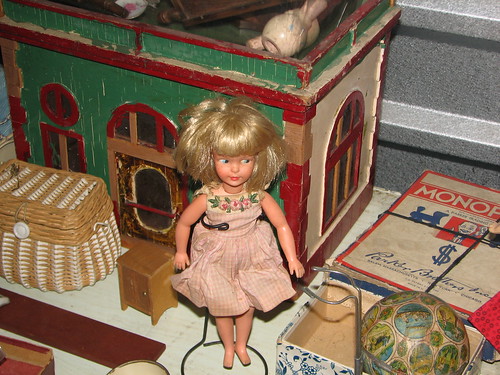 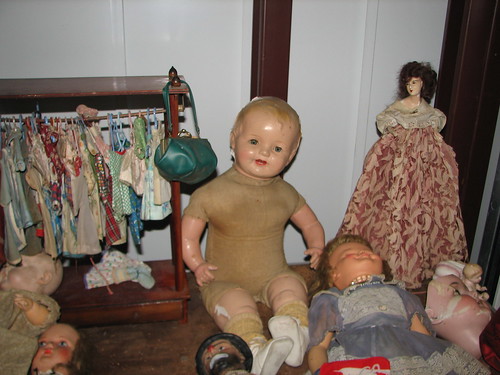 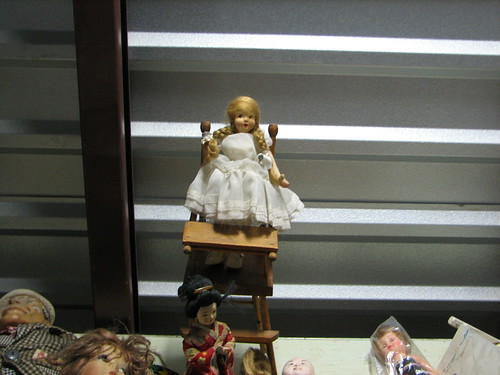 The strange hunt for an Icelandic woman in Plattsburgh, NY

For a couple of days I've been following a series of creepy news stories in the Plattsburgh, NY Press Republican. In the first one, there were helicopters over Plattsburgh looking for a fugitive. On the afternoon of November 3rd, they posted the story headlined, Helicopter search on in Plattsburgh. It was very brief but suggestive of the possibility that something deeply unpleasant was going on:

PLATTSBURGH — Helicopters were searching the area around Route 3 just outside the City of Plattsburgh’s West End Tuesday afternoon.

State Police and Homeland Security helicopters were assisting with a Border Patrol search in that area, according to State Police based in Plattsburgh.

Helicopters could be seen circling around Cogan Avenue and Healey Avenue.

The first thing I thought of when I saw the story was an author's remark, declining an invitation to come from Montreal to come visit us in Westport, NY, that, "We do not go to your country for fun."

It explained that an Icelandic woman named Linda Bjork Magnusdottir had escaped:

She was in the process of being arraigned on that charge when she escaped at about 6:30 p.m.

The woman, who was apparently detained for some kind of infraction when she was coming into the country at the Champlain border crossing, allegedly got away when she told authorities that she needed to use the restroom.

The woman is described as white, about 5 feet 10 inches, with long, straight blond hair and a slender build. She was last seen wearing black clothing.

Authorities said the woman is not believed to be dangerous.

Police blocked streets surrounding the Clinton County Government Center and were using a helicopter believed to belong to the U.S. Department of Homeland Security to conduct the search.

So let me get this straight: This woman, who is not dangerous except for being 5 ft. 10, was trying to enter the US at a border crossing and the Border Patrol decided to arrest her. The cops did something dumb, and she got away.

(A couple of years ago, a Spanish science fiction editor was detained for a while at the US border when trying to come into the US to be a Guest of Honor at the International Conference on the Fantastic in the Arts. After several hours, as I recall the story, he managed to convince them to let him go by showing them a story note in an anthology he had with him; the story note mentioned him and so they were convinced to let him go and proceed on to the convention.)

And so now the giant blonde, who bears a passing resemblance to the woman on the poster for Attack of the 50 ft. High Woman, is in custody, thanks to the vigilance of some local citizens who had seen her picture on TV and knew she was a wanted fugitive. Here is today's headline news: Escapee caught in store after tip - Icelandic woman sought transport out of region.

"She came up to us and asked where we were headed," Mrs. Whalen said. "We said home, and she asked if that was going toward Albany. We told her no."

The woman went on to say that her car had broken down and she was in a fight with her husband and had to get out of town.

"I looked at her, and I knew who she was, and my husband knew who she was," Mrs. Whalen said, adding that they had heard about the search over the scanner and later saw her picture on the news.

She said Magnusdottir had paper towels in her shoes because she didn't have any socks on. She was wearing all black, with a tear in her shirt.

So, other than trying to enter the US without the right papers, just why were there helicopters after this woman?

Gunnar Jonsson from the National Icelandic Broadcasting Service said Magnusdottir was once a leader of a religious cult in Iceland, which later went "belly up" after she allegedly had an affair with a younger member of the congregation. Her former husband was the preacher of that group.

Apparently Magnusdottir had been dating an American and living in America until recently, Jonsson said. She reportedly had temporary work in Canada.

She had been coming into the United States at the Champlain border crossing when she was detained.

In all this is very strange and unsettling. Immigration could have simply turned this woman away at the border crossing.

Maybe, just maybe, there is something there in the cult story. But what seems to be going on here is that Homeland Security is using the heavy equipment just because it's there.

What is news here? That a giant blonde woman with cult-like religious beliefs and no American citizenship is on the loose in Plattsburgh, or that Homeland Security is all dressed up with no place to go and breaks out the helicopters at the slightest excuse because they're bored?

Just why was Magnusdottir worth hunting? Is there an answer? Or is this a story about the pernicious effects of Homeland Security money? 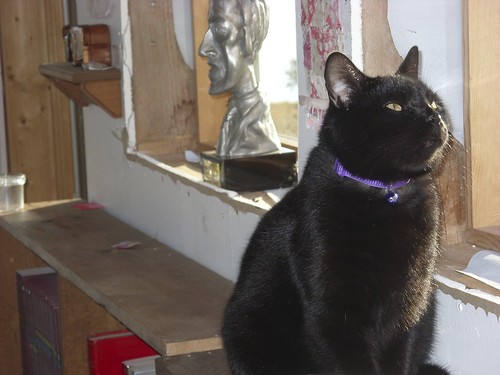