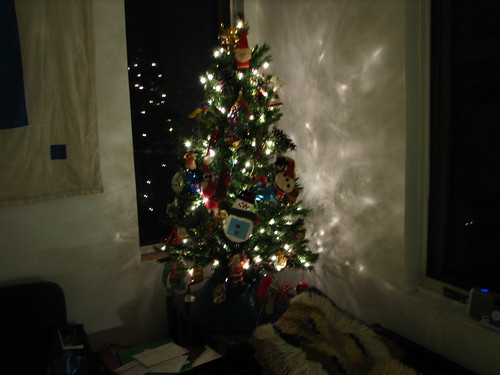 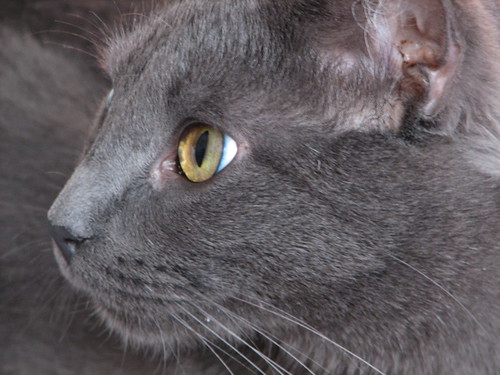 There is a lovely column from Paul Krugman this morning: The Madoff Economy. Here's my favorite part:


So, how different is what Wall Street in general did from the Madoff affair? Well, Mr. Madoff allegedly skipped a few steps, simply stealing his clients’ money rather than collecting big fees while exposing investors to risks they didn’t understand. And while Mr. Madoff was apparently a self-conscious fraud, many people on Wall Street believed their own hype. Still, the end result was the same (except for the house arrest): the money managers got rich; the investors saw their money disappear.

We’re talking about a lot of money here. In recent years the finance sector accounted for 8 percent of America’s G.D.P., up from less than 5 percent a generation earlier. If that extra 3 percent was money for nothing — and it probably was — we’re talking about $400 billion a year in waste, fraud and abuse.

About ten years ago, I spent a while investing in the stock market. And while, in the end, I think I did make a profit before spending the money on my kids and on computer equipment and such, I noticed one very interesting thing. I had an eye for a certain kind of stock profitability chart. And while it yielded a number of nice jumps in share prices, it also yielded a whole lot of shareholder lawsuit mailings. While many of the companies I invested in were doing good work, a number of them (such as Enron) were cooking the books. Once I realized that the charts I had an eye for had a disproportionate chance of involving cases of fraud, I got much less interested in researching investments and spent my money on karate lessons and summer camp and computers instead.

Madoff isn't the only fraud around, but reading about his investors' misadventures makes me feel fortunate that I lost so little (in comparison to his victims) to the frauds I bought into.

The deadline for applying for a Google.org Geo Challenge Grant is December 22. I submitted mine (under the auspices of an Adirondack arts organization) last night. 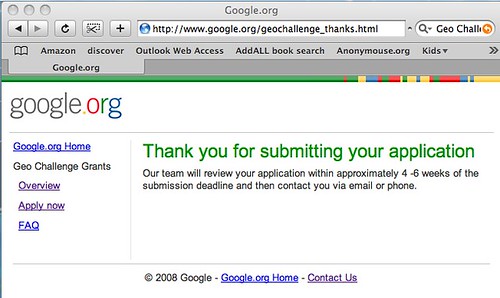 Now we wait six weeks to see if our grant was approved.

Charlie Jane Anders at io9 has come up with a list of "20 Movers and Shakers in Science Fiction" with the explanation, "Science fiction didn't conquer the media world in 2008 all on its own: A host of creative people helped power the mighty battlecruiser. Here's our list of the 20 biggest science fiction movers-and-shakers of 2008."

What I find interesting about it are two things: First of all, Did sf conquer the media world in 2008? I hadn't particularly noticed it doing that. 2008 was more a political odyssey than a space odyssey, from my point of view. But OK. If you say so.

Secondly, and even more interesting to me is that if I had been set the task of making a list of 20 "movers and shakers" in SF for 2008, it would have had no overlap with the io9 list. Most of the people on her list wouldn't even occur to me to include. And while Neil Stephenson and Michael Chabon have both received much acclaim, neither is so influential in a social sense that I would have put them on such a list. I don't want to try for a list of 20, but if I had composed such a list it would have had Lou Anders on it, and Jonathan Strahan, and Elizabeth Bear, and Cory Doctorow, and John Scalzi. Also, Patrick Nielsen Hayden, plus some other acquiring book editors (I haven't check out what people are buying). Also, some Secret Masters of Fandom who make our conventions and awards happen.

Also, there are those people like Gardner Dozois and Michael Swanwick and David Langford and Ellen Datlow and Connie Willis who are movers and shakers most years who would need to be included.

My own list would probably not have anyone from Hollywood on it, since I think I have a different view of Hollywood's importance to science fiction than does io9. Nor, I think, would my list end up with agents on it. I like literary agents and many of them are my friends, but in science fiction, they are not a particularly empowered lot.

My list would have catalogued science fiction's strange attractors, whose actions and opinions have disproportionate effects on the field.

I have been accumulating material on Westport, NY, where we bought a house last year, for a while. I hadn't decided what to do with it. Should I write a book about how exciting it is to buy a house in a nice place, and the wild adventures of restoration and gardening? Or poetry? Or what.

It finally came to me in the past week: I have launched a new site: WestportOnLakeChamplain.com, which will be a sister blog to this one. The left sidebar gives really extensive tourist information for Westport, NY.

I am using blogging software a little differently. The literary model for the site is the scrapbook: Since I have over 2,000 photos to work from, various blog posts from over here, plus other info I've been accumulating, I'm setting the posing date as the approximate date the photo was taken, or the news story appeared, etc. Transplanted blogposts from KathrynCramer.com appear there at on the date they appeared here.

I have a lot more material to add. (My mom pointed out I haven't put up anything about Champ, the monster of Lake Champlain yet!) So the site will grow both forwards and backwards in time.

My intention is that after you have had the full rich WestportOnLakeChamplain.com experience, you will want to go there and join my Utopia. My utopia involves looking at the sun rise over the lake while washing dishes and getting pretty good pasteries for breakfast, fresh from next door, and being able to find pleasant conversation on my front porch between the hours of 6 AM and 10 PM.

So go have a look. Make lots of links to it! Visit frequently! 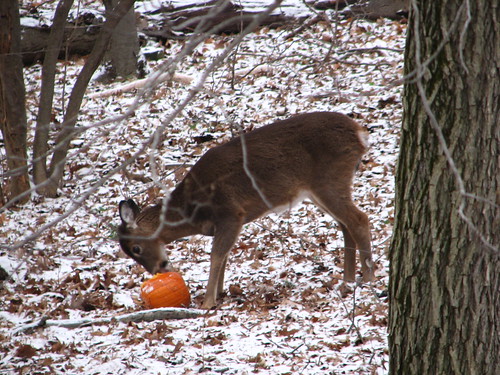 I moved the pumpkins off the screened porch because they were attracting racoons and put them in the woods. This morning, we had quite a show as deer feasted on pumpkin.

I love this shot. Seems to me like raw materials for a sequel to Bambi Meets Godzilla.

Raccoon eating pumpkins on our porch 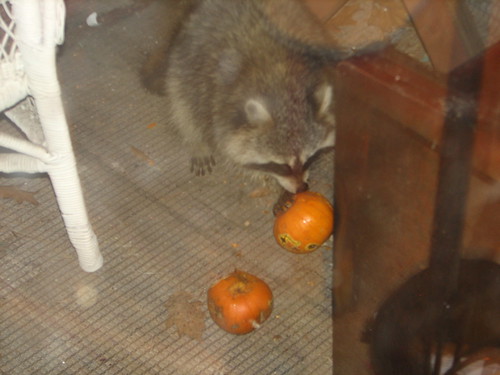 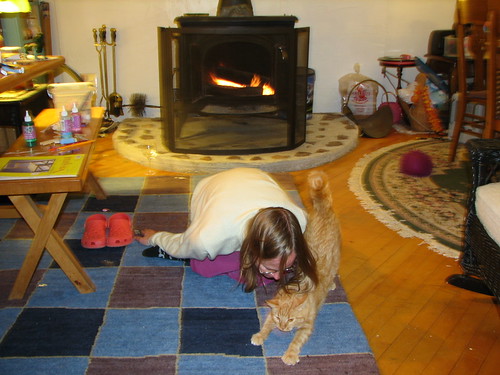 Frances the Cat Finds Enlightenment behind the Couch 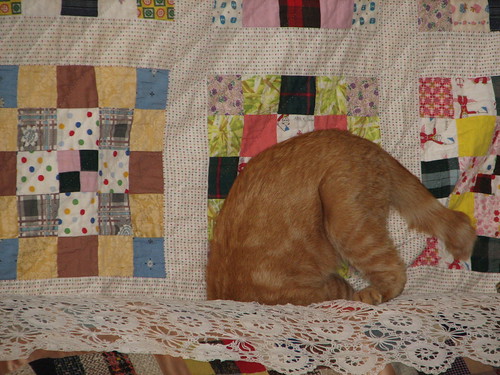 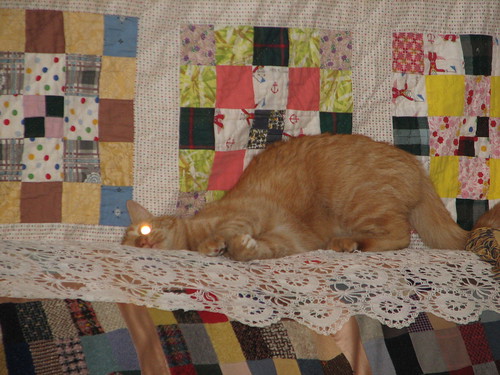 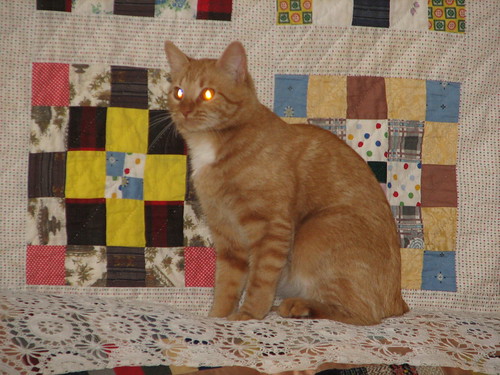