I've posted our photos from ICFA (The International Conference on the Fantastic in the Arts) on Flickr. 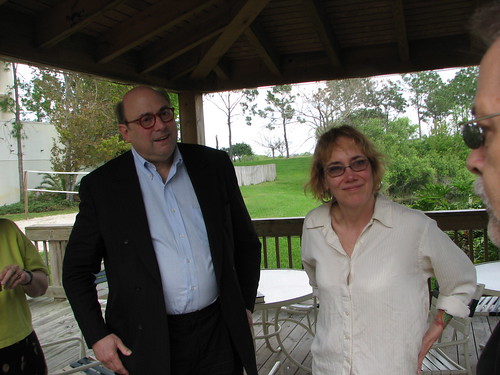 Who Among You are Geek Enough to Decorate Your Easter Eggs in Mathematica?

I dare you. Send your Mathematica egg notebooks to me. This activity, begun last night and avidly pursued this morning, has proved wildly popular with my children who are threatening to run me out of toner in my color printer. 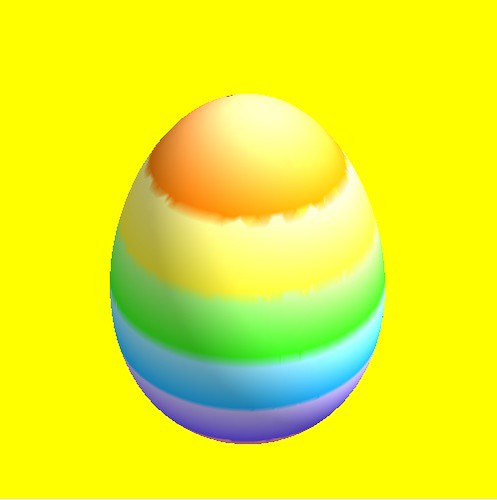 Now show me yours!

UPDATE: Michael Croucher at Walking Randomly has risen to the challenge and put me in an egg. There will be a number of other Mathematica-generated eggs available via the Wolfram Demonstrations Project  next week (URLs TBA) including three fancy ones by my dad, John Cramer. There have also been forays by users of Maple and Sage.  Also, see some real math on real eggs.

URL UPDATE, 3/17/08: Michael Trott, whose book inspired my son to ask for Mathematica-generated patterns on eggs, has made an egg notebook of his own and added it to his Mathematica Guidebook website. He's made a very elaborate notebook which will be expanded and included in the Version 6 edition of the Mathematica Guidebook for Graphics volume.

(Those without Mathematica can view and play with these egg notebooks using the freely downloadable Mathematica Player.) 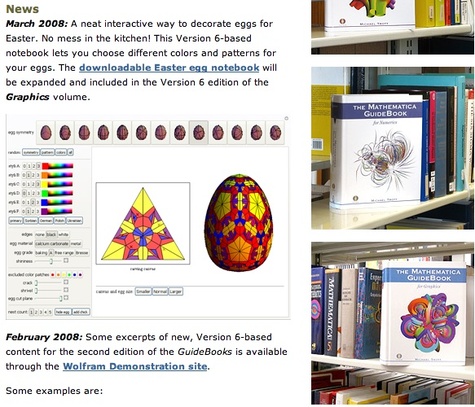 Also,  there are now a number of egg notebooks on the Wolfram Demonstrations site, with more on the way in the next couple of days.

Watch this space: there are more that aren't up yet.