On Genetic Testing and Being a Patrilineal Jew

My mother has in the past decade taken up the hobby of genealogy, something which I thought of as an odd affectation of my Mormon friends when I was a kid, but which now via the Internet has become much more popular.

I grew up with the last name Cramer, which is one of those occupational last names: it means "shopkeeper" in German. From time to time as the question has arisen as to whether I am Jewish. Though my Grandma Cramer was Catholic, most of the Cramer ancestors I knew were Texan Hard Shell Baptists. Someone in Texas, at some point in my early life, told me that while "Kramer" was a Jewish name, "Cramer" with a "C" was not. Some of the same relatives were also known to fudge birth dates on tomb stones so as not to reveal the true ages of ladies who had shaved off a year or ten.

I learned a bit more about my heritage when doing Internet map work following Hurricane Katrina. I knew my grandfather had been born in New Orleans, but not much more about it. He took me there once, when I was about 9. It turns out I have quite a number of relatives buried in old New Orleans cemeteries, some of them in Jewish cemeteries. My Irish great grandmother, Agnes Gleason Cramer was buried in 1906 with the Michael Gleason family in St. Roch Cemetery in New Orleans. (I'm told they were under four feet of water during Katrina.) And I have other relatives in the Dispersed of Judah Cemetery in New Orleans. 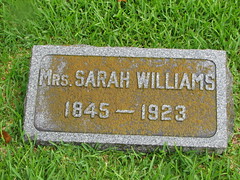 My more recently deceased relatives are buried in Houston. My great grandfather, Louis A. Cramer (1868-1933) is buried in the Resthaven Cemetery in Houston as are my Cramer grandparents. My Cramer great-great grandmother, born Sarah Solomon in New Orleans in about 1842, is buried in Washington Cemetery under her last married name, "Sarah Williams (1845-1923)" with Louis’ daughter, Leah Cramer (1901 – 1920), and and Sarah’s daughter Clara (1879-1954) and Clara’s husband, Andrew Barry, and 50 yards or so from her her son Mordecai Henry Cramer (1867-1949). Washington Cemetery, Houston's old German cemetery, is adjacent to the more famous Glenwood Cemetry, where Sarah Solomon's daughter Hannah (1875-1920) is buried.

Sarah Solomon and my great-great grandfather Adolf Cramer (1835-1877) had their marriage "solemnized" the Rabbi of the Hebrew Congregation Beth Israel of Houston. She was the daughter of Levy Solomon and Hannah "Annie" Hyams, both of Charleston, South Carolina, and both, I find, listed in First American Jewish Families, by Malcolm H. Stern, 3rd edition, Ottenheimer Publishing Company,
1991.

But what of the name Cramer? Was it just an occupational name, or was Adolf Cramer really Jewish? This is not an issue that the historical record is going to settle easily.

Enter genetic testing: for just under 200 bucks, Ancestry.com will test a man's Y-chromosome and assign him a genetic haplogroup. My dad had his done. It came back G2c: an "extremely rare" haplotype most often possessed by Ashkenazi Jews.

Poof, I'm a patrilineal Jew. Except that Judiasm is a matrilineal religion, so in terms of religious tradition, as far as I know this is meaningless, since the last female identifiably Jewish ancestor I have is Sarah Solomon. Nor, so far as I know. was anyone in my branch of the family raised Jewish in the 20th century.

But it seems to me that because Jewish heritage is so much more genetically traceable than that of less self-contained (and ghettoized) cultural groups, there is are important issues of identity politics invoked by genetic testing.

The patrilineal Jew is a little bit of an oxymoron now. But how will this work itself out in a generation? I'm curious.

On Saturday, we turned in the story notes for both our Year's Best Fantasy 8 and our Year's Best SF 13. Once we finish the permissions, I'll be able to announce our tables of contents.

Gwyneth Jones on the Tiptree Biography

Gwyneth Jones just read the Tiptree biography and has some interesting thoughts.


I read Julie Phillips biography of Alice Sheldon over Christmas: for me it had a strange effect. Stripped of the anger, the vividly realised pain of that handful of savage stories about gender, what was Alice Sheldon? A brainy, discontented upper-caste princess, who never settled to a career because it wasn’t really expected of her, was poor at forming honest relationships, and wrote an unconscionable number of intemperate, confessional, not entirely candid letters to people she never intended to meet. (sounds like many bloggers I could mention. . .).

Jones goes on to raise the issue of feminist anger and its place. 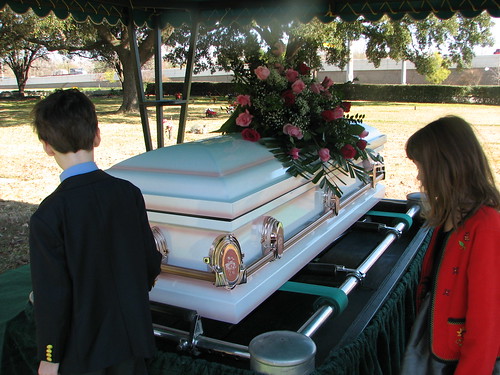 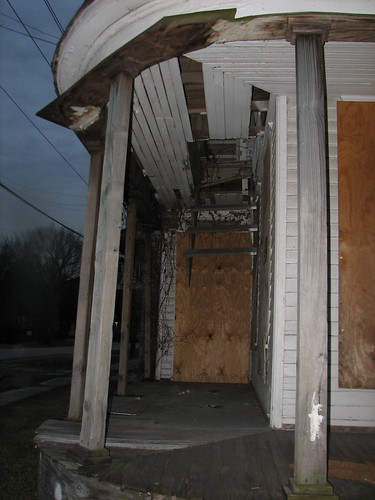 The house where my great-grandfather died on December 25, 1933, in as seen in urban Houston on Monday.

Nice Day for a Drive 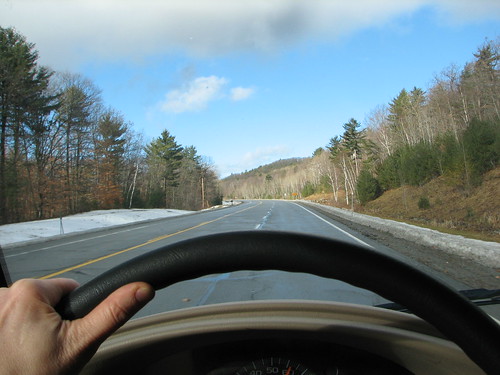 The Fate of Mice

Left to his own devices, my husband David Hartwell tends to create workspaces resembling those of the Wizard Merlin: towering, teetering piles of interesting things with narrow paths to walk through. His piles are legendary, though the really epic ones precede me: in the olden days when helping David clean up, at the bottom of one of his piles one might find a Medieval codex, or a first edition of Henry James's The Golden Bowl, or an uncashed $7,000 check. (I mostly run a tighter ship than that.)

I long since gave up on the idea of sharing an office space with him. My own Mission-Control/multiplex home office is in the dining room.

A few years back, David's mother was considering moving into an assisted living facility and we tried to convince her to come stay with us for an extended period of time. We put a bed in David's office, which is across the hall from the bathroom, and cleaned it almost all the way up. She died of a stroke that fall, but the bed remained in David's office, mostly unused, though I think someone slept there for one night thereafter.

Predictably, over time David gave that bed the Merlin treatment and so eventually it became hard to see that there was a bed there at all. I let him have his own space and he kept the cats out, and in the mean time we have edited another six or seven anthologies, and the materials involved in their production are still in his office.

So this afternoon, I was prowling through his office in search of something-or-other when I noticed little piles of cat food peeking out from beneath the books and papers. Mice. I investigated further and discovered the bed in the cat-free space of his office had become the scene of a Mouse Festival.

I peeled away the layers of books, papers, magazines, and discovered in the midst of the major mouse nest -- as though laid out for mousy bedtime reading -- a copy of our friend Susan Palwick's book The Fate of Mice; it has a cat on the cover. Apparently, the fate of certain mice in our household was to have their own utopia, well-stocked with catfood and breadcrusts, in their own bed in their own room, in David's offices where the cats are not allowed.

The mouse utopia is currently a pile of bedding out on the screened porch which I shall shake out in the morning. But mouse lives are short, and it appears that a few generations lead a very good life.