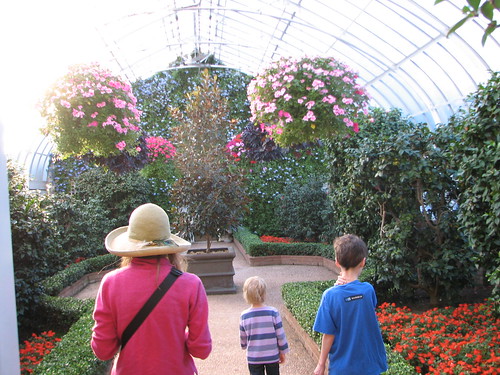 Both kids had birthdays in the past weeks. One turned five, the other turned 10. So I've been a Mommy for ten years.

Someone has just posted a 1994 essay of mine in its entirely on a Windows Live blog without first securing permission. I don't seem to be able to leave a comment or send this person a message without first opening some form of Microsoft account. What I would like to do about this is to explain to the person (who was kind enough to include my copyright credit line) that he needs to either send me a permission form and secure permission or else he needs to take the essay down.

Does anyone know if there is any alternative way to communicate with a Windows Live blogger without opening an account specifically so I can talk to him and without using the form for reporting abuse?

The blog may just be datascraped and is its possible that there isn't anyone "there" to talk to; the essay itself appears on my old site here.

Our photos from Capclave, held in Rockville, MD this past weekend are now up on Flickr. 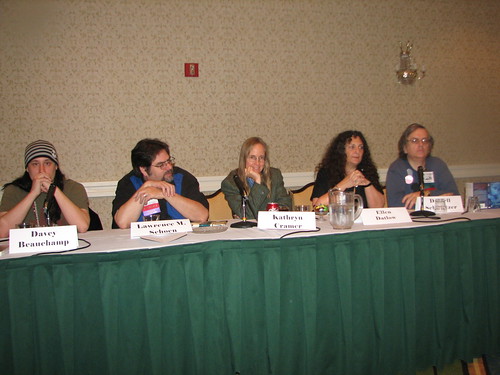 Ellen Datlow has also posted hers, which are here.

I've been intived to join the "International Society of Exorcists"

The invitation letter claims to be from a priest in Portugal. It reads:


It is with great honor and pleasure that I the President and Founder of the only Portuguese Association of Exorcists located in Fatima, Portugal, wish to introduce to you our goals and objectives in anticipation of your future collaboration with our organization.

In order to familiarize you with the founder I wish to offer you the following curriculum vitae information which will clearly shows my lifelong dedication to this study and cause.

Your past and present interest in this area is of mutual interest and more so to our organization as it is composed of only international professionals in the area and study of Exorcisms.

As a roman Catholic Priest, ordained in the Jesuit Seminary I have now seeked to establish a society where all members would assist and collaborate towards a common goal of continuing study and practicing of this ritual.

We will be promoting the assistance of priests and other practitioners from all religious and non religious sectors in order to provide this much needed and in high demand service to the needed. The society members will be recommended after properly certification from our Society to perform the ritual as it is requested from all parts of the world.

We further intend to hold an annual convention of practitioners in our headquarters in Fatima, Portugal and would be honored to have your presence in this event to be scheduled at a later date.

The International Society of Exorcists, proudly invites you to become a member of this organization and would be very interested in receiving your reply and recommendations as early as possible.

I wish to thank you in advance for accepting this invitation and we are looking forward to meeting with you here in Fatima, Portugal in the very near future.No financial terms were mentioned.

How to Investigate Blackwater USA

The minute the Congress called my name
I'd say, "Now who do
Who do you think you're fooling?"

"We're a private company, and there's a key word there -- private,"

—Erik Prince, Owner and CEO of Blackwater USA, testifying before The US House Oversight & Government Reform Committee, 10/2/07 when asked to share Blackwater's financials with Congress

That rumor you heard about me trying to kill at least one savage everytime I left the wire? TRUE.

WHAT WILL YOU DO ABOUT IT?

—Ben Thomas, aka Mookie Spicoli, formerly employed by Blackwater USA in Iraq, as he posted April 8, 2006 to the discussion board Get Off the X.

So at long last, Congress has started to investigate Blackwater USA in earnest. That's great, but way too late.

Hauling Erik Prince in to testify before Congress was a necessary first step but won't get anyone very far. Prince has made a fetish of his privacy, and with the State Department's collusion, there isn't much that our elected representatives can get Prince to say on a public forum. But Prince did say one big important thing: What Blackwater does when its contractors run amok is fire them.

That is, as it were, where the bodies are buried. I also suggest they start their list of ex-Blackwater subpoenas with Ben Thomas. 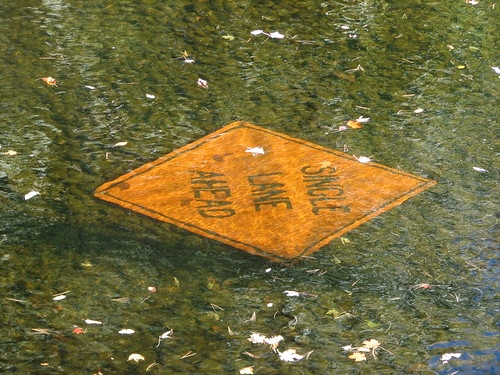 As seen in the Ausable River, Keene Valley, New York.

As if a CNN news story about Carol Ann Gotbaum, the airline passenger found dead in handcuffs weren't creepy enough, CNN also has a comment section. This is one of those moments when what I read suggests we are trapped in a dark satirical novel.

Look at this from someone going under the name "Airport Worker":

Give it up! She was just another spoiled brat who thought she was above all of the little people and did not deserve to be inconvenienced that way. She killed herself through arrogance. Seen it many, many times before in airports all over the world. Sorry 'bout her luck.

Seen it many many times? Huh? So there are lost of skeletons in the closets of the worlds airports that CNN just didn't report? Or what?Airport Worker isn't concerned about dead passengers, apparently.

And then there's this guy, who seems to be suffering from the Frequent Flier version of Stockholm Syndrome:


Its clear that the woman was not in her right frame of mind. Thats not the Airports fault. They have to protect everyone. I think after the Autopsy some things will be revealed. Maybe she shouldn't have been traveling alone, why was she late?

So his point is that we should all feel safer when people turn up dead in handcuffs in airport detention? Ick.